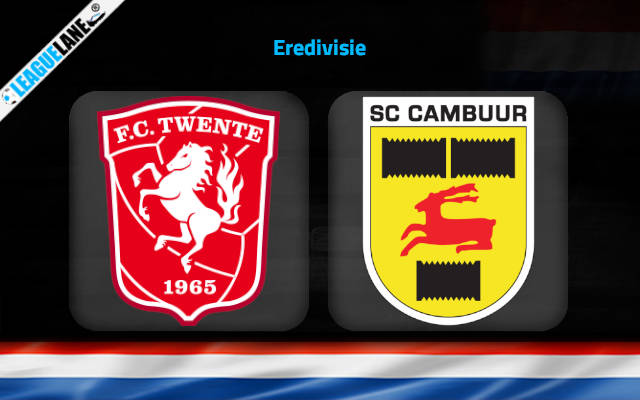 As much as Twente fans might be buzzing about their team finishing in the top half of the Eredivisie for the first time since 2017. A return to UEFA competitions is in no way unrealistic considering their upcoming fixtures.

They were lucky to get away with the win in their most recent fixture, as a 90th minute winner sealed the result in a match that ended 1-2. The result was their 3rd win in five league games.

Further registering a draw and a loss from those games, the club is now fifth in the league, ten points behind the 2nd place team.

Cambuur have been shambolic since the start of December. Having been unable to extract points from fixtures against teams higher in the table throughout the season. The club in recent weeks have not been able to deliver against struggling teams as well.

They were last seen picking up their first win in nearly three months, in their home fixture against relegation threatened club Fortuna Sittard, in a contest that ended 2-1.

With three losses and a draw preceding that result, the side with four points from their last five league games, are sitting eighth in the league, twelve points behind their opponents for Sunday.

The hosts have lost just once this season at home, they are unlikely to drop points against a club winless in four away fixtures. Consequently, I have backed the hosts to win this game.

Things have never really worked out for Ricky van Wolfswinkel, outside the Netherlands. After rather mediocre performances in FC Basel, the Dutch man is back to his best on returning to his home land.

The 33 year old is currently the league’s third highest goal scorer with twelve goals and has scored four goals in his last four home fixtures. Consequently, I have backed him to get on the score sheet.