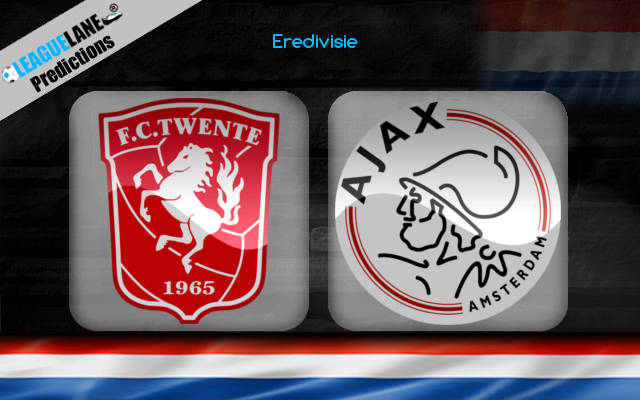 Twente have managed to thwart Ajax from securing the bragging rights for the past six years on the trot here. However, given the away team’s form at the moment, it certainly goes without saying that Ajax are likely to put an end to their barren run come Sunday.

Twente managed no more than a consolation goal in their clash with Venlo last week, after the latter posted a 2-1 victory. The hosts have now been alternating between wins and defeats in their past four games in the Eredivisie.

With no more than eighteen points to their name, Twente are currently sitting twelfth on the ladder and are closer to falling into the relegation zone than they are in catching up with the visiting contingent.

Ajax, are on a blistering streak, and there can be no surprises there. The guests will be making the trip to De Grolsch Veste on the back of a 2-0 win over Lille on the road. It is also worth mentioning that the reigning champions are yet to stumble in their domestic campaign and have dropped points just twice so far.

Furthermore, the visitors have been recording back to back wins in their last three outings in the Eredivisie. Meanwhile, Twente have not been tasted success in half of their last six games on home soil. (W-3, D-1, L-2)

Given the dynamic form that Ajax are on, it certainly looks like Twente will be given a run for their money this weekend.

Additionally, despite picking up the win, Ajax have not been consistent in getting their hands on a clean sheet. The away side have conceded a goal or more in six of their last seven outings in the league.

Meanwhile, Twente have looked lively in the final third. They have slotted six goals from their previous two games alone on home soil.

With their last two h2h meetings here also witnessing both teams find the back of the net, count on Twente to have their scoring boots on as well in this one.