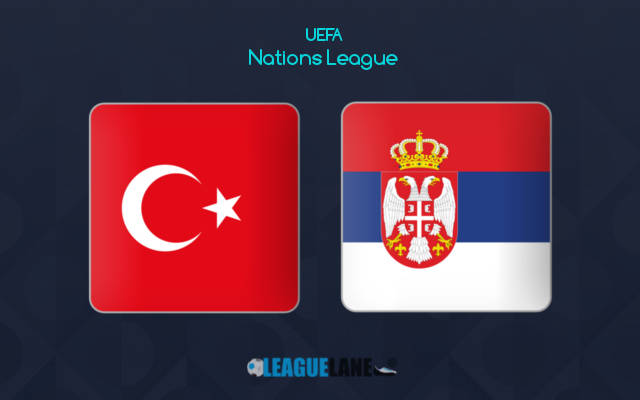 Turkey and Serbia have been struggling at the bottom of the table. The host has a slight one-point lead against the visiting side in the UNL table. With their ground advantage, The Crescent-Stars might probably escape the relegation to League C this season.

Senol Gunes and his men will host on the back of a 1-1 draw on the road against Russia in the previous UNL clash. The host is at the 32nd spot in the FIFA rankings while Serbia is just ahead at the 31st position in the same table.

Turkey’s recent three fixtures in the schedule have ended in a draw, but only one of them has seen a goalless encounter. Since their recent two fixtures have seen at least two goals in total, the tip for over 1.5 goals will suit for the match with the host as the favorites.

Serbia has been winless in the last five fixtures across all major competitions in their schedule. They will visit on the back of a 0-1 loss at home against Hungary in the last UNL clash. Besides, their away form has been questionable in their recent records.

There is a good chance for the home team to wrap up the game for themselves. But their recent clashes have seen them lose the lead in the game. That’s why the double chance favoring Turkey will probably be the best bet for the punters in the encounter.

Besides, their only h2h meeting has ended in a goalless draw in the reverse fixture. But with their ground advantage, the Crescent stars will probably have more control over the ball movement. Hence, the chance of a couple of goals in ninety minutes seems possible.