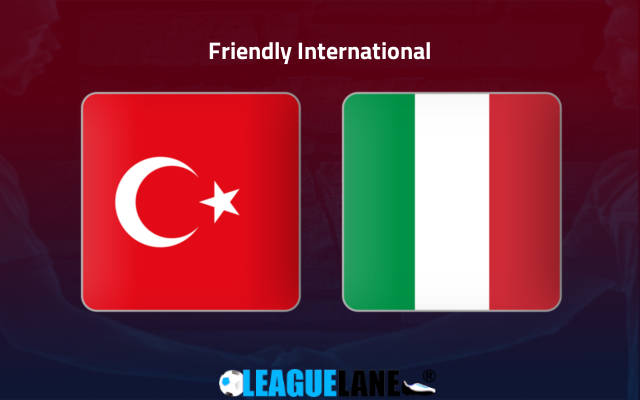 Turkey and Italy faceoff in a friendly football match on Tuesday after the painful elimination from World Cup qualifiers last week.

Turkey had a tough draw, their opponent being the mighty Portuguese. Despite giving a good account of themselves, the team managed by Stefan Kuntz fell short by a 1-3 margin, a squandered penalty and several other chances may not find space in the history books.

Nevertheless, the Turkish football team is moving in the right direction under the German manager, previously failing to find any inspiration under Senol Gunes who was fired after a poor Euro and a humiliating 1-6 defeat to Netherlands in the qualifiers.

Italy were expected to ease past North Macedonia, but they find themselves in the record books for wrong reasons after failing to score after having 34 shots on goal. Mancini’s men were blowing hot and cold after the European success in the summer and drew 4 of their 5 qualifying matches to finish second squandering a massive lead over nearest rivals Switzerland.

Both teams will be playing for pride after unfortunate play-off ties and we can expect some free flowing attacking football on Tuesday.

Finishing remains the weak point for Italy though they create plenty of chances and they must take a few of them this week just because they are up against a side that scores goals with few chances.

The over 2.5 goal is probably the best pick for this friendly fixture, the same happened when the teams met in the opening group fixture at the Euro 2020.