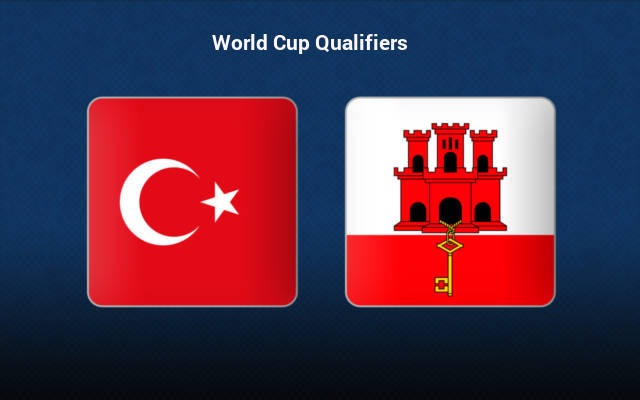 Turkey have won only one of four home qualifiers in this term. They just can’t afford a slip-up here against Gibraltar and we expect them to rush to finish the job in the first half and get some rest ahead of the last round’s clash against Montenegro.

This will only be the second head-to-head encounter between Turkey and Gibraltar.

Turkey claimed an easy 0-3 victory when the teams met each other in the reverse fixture on the Gibraltarian soil (in September this year).

Turkey goes into the final two rounds four points shy of the Netherlands at the top of the Group G standings and two points adrift of Norway in second place.

Nevertheless, they are still in a solid position looking ahead of the fixtures against the likes of Gibraltar and Montenegro.

On the other side, the Netherlands and Norway will lock horns in the very last round. If Turkey win their two remaining outings, they will then just need the Netherlands not to lose the home fixture to the Norwegians on the final day to sneak into the playoffs.

The team led by German manager Stefan Kuntz should have no problems easing past Gibraltar on Saturday afternoon in Istanbul.

Gibraltar are among the two weakest teams on the continent (alongside San Marino). They have not claimed a single point so far in the World Cup qualifying campaign.

The visitors will go into this tie with a dreadful goal difference of 3-34. They have recently suffered a tough 6-0 defeat away against the Netherlands in the previous round.

Gibraltar shipped eleven goals in the last two away defeats to Norway and the Netherlands.

Tips for Turkey vs Gibraltar