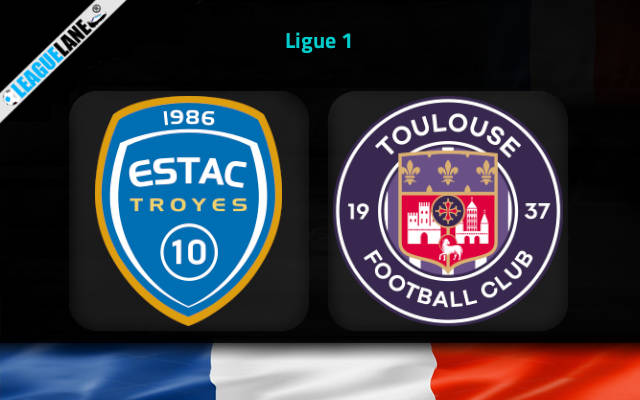 Toulouse returned to the elite class of French football after two years and took a point right at the start of the campaign in a 1-1 draw to Nice.

It was a great overall defensive display from Philippe Montanier’s troops who could have easily claimed the full spoils had they lasted for six more minutes last weekend.

Toulouse will have a nice chance to make it two top-flight games on the spin without a loss on Sunday afternoon when they travel to Stade de l’Aube to face Troyes in Gameweek 2.

Troyes fell 3-2 away at Montpellier on the opening day, extending their defensive struggles this summer.

Bruno Irles’ men did not play defense at all in their preseason exhibitions, losing three of four matches this summer.

Troyes shipped six goals to Toulouse and four to Metz in pre-season friendlies before allowing three on the opening day of the season at Montpellier.

Knowing that Bruno Irles does not have a strong firepower on disposal in the final third, it is hard to expect the hosts compensating for these defensive holes week in and week out.

They did score two goals away at Montpellier who were equally poor defensively throughout the preseason, but Toulouse may represent a much stronger challenge based on what we saw in the opening round.

Toulouse left a better impression in Gameweek 1 when they offered a strong resistance against the likes of Nice. They have demolished Troyes in the preseason friendly this summer.

We are more than tempted to try the attractive 2.70 odds offered for the away win pick here. You can also go with Toulouse to score two or more goals on Sunday at the 2.62 odds.