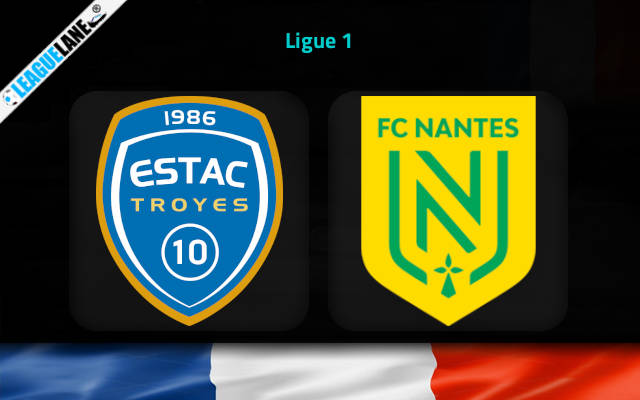 There is only one point separating bottom-half rivals Troyes and Nantes ahead of their 16th round fixture on Wednesday afternoon at Stade de l’Aube.

Neither of the two teams went on the World Cup break in high spirits, following their respective negative runs.

Troyes continued their horrendous rhythm during the preparations period as they failed to find the back of the net in the clashes against Leicester and Paris.

The hosts are now winless in nine consecutive outings in all competitions, including seven subsequent Ligue 1 affairs.

Such spell of form has caused a managerial change as the team’s boards decided to appoint Patrick Kisnorbo on the bench.

The Australian manager will make his debut in this term of Ligue 1 on Wednesday against Nantes. It will be very interesting to see whether the players will respond with new energy in Kisnorbo’s first game in charge.

Nantes are winless in four consecutive league games. They have also played two friendlies during the World Cup break, registering a 1-1 draw with Laval and a 2-1 defeat at Lorient.

The main issue for Antoine Kombouare and his troops is their away form this season. Les Canaris took just three points from eight league games on the road this term.

Nantes have a dismal 6-15 goal difference in 8 away matches. Can they record the maiden road win here against Troyes?

It is very hard to give advantage to either outfit here knowing how poor both have been in the first half of the season.

Troyes did have some high-scoring outings so far in the campaign, but they did not thrill offensively in the latest friendlies. We expect a tight match and a low-scoring stalemate which makes the Draw & Under 2.5 goals FT the best betting option here at the odds of 4.75.