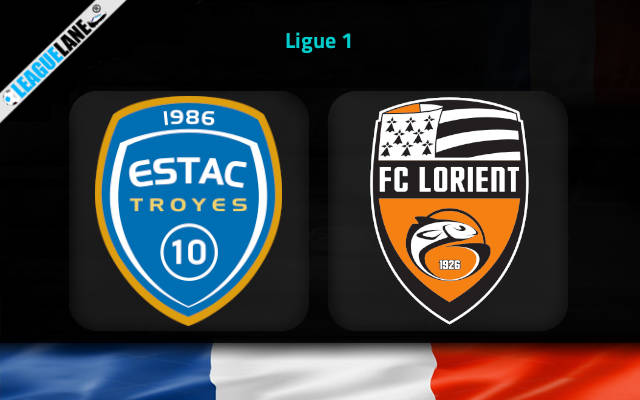 Since both Troyes and Lorient have been struggling for goals badly of late and since this match brings a big importance along (for both teams), backing the low-scoring scenario just has to be the way to go.

The two worst attacking lines in the competition are set to lock horns in the low-profile 16th round of the Ligue 1 tie on Wednesday evening at Stade de l’Aube.

Troyes and Lorient have only managed to find the back of the net 13 times each in the opening 15 rounds of the season.

Both outfits have been particularly struggling for goals in the last several weeks. They both provided terrible performances in the respective weekend defeats to Marseille and Rennes.

Troyes had only five attempts in total in a 1-0 defeat at Marseille, while Lorient dialed to get a single shot on target in the 0-2 home loss to Rennes.

It was the third straight defeat for Troyes who have failed to find the net in any of these losses.

Lorient, on the other side, are on a run of four successive defeats. They have only managed to score a single goal along the way.

The visitors are two points above their mid-week counterparts in the bottom half of the Ligue 1 standings.

However, they are winless in eight away games this term (four draws and defeats each).

Tips for Troyes vs Lorient