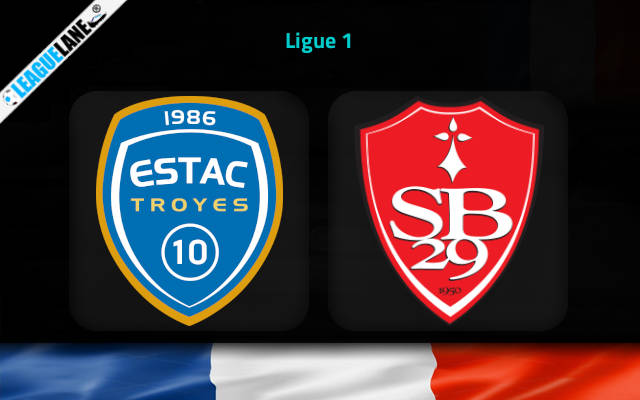 In game week 19 of Ligue 1, Troyes faces against Brest this Wednesday at Troyes.

Troyes is in the 17th position on the league table with 16 points from 18 matches. The team had their last match against Nancy in Coupe de France, in which the team lost the match after penalty. The match ended 1-2 FT after penalty.

Brest is in the 12th position on the league table with 24 points from 18 matches. The team had their last match in Coup de France in which they played against Dinan Lehon. The match ended in 0-0, which led to the penalties where Brest scored ending the match in a win for Brest.

Troyes are on the verge of relegation zone and have only 1-point lead than the 18th placed Metz. The host has 4 wins, 4 draws and 4 losses so far in the league matches. They have won three of their matches from the last ten games but are on a 2-game cold streak at the moment. The host has also scored in 13 of their leagues matches so far.

The host has played nine home matches so far. They have secured two wins in their home ground and have scored in eight of the matches as well. Their last home match was against Bordeaux, where the team could score only one goal and the opposition scored two goals. The match ended 1-2 FT score.

Brest has 6 wins, 6 draws and 6 losses from the 18 matches so far. The team had a slumping loss against Montpellier in their last league match. They had won six consecutive matches and the win-streak was broken with the last loss. Brest has achieved all their wins from the last ten matches and has scored in all their league matches except the last one.