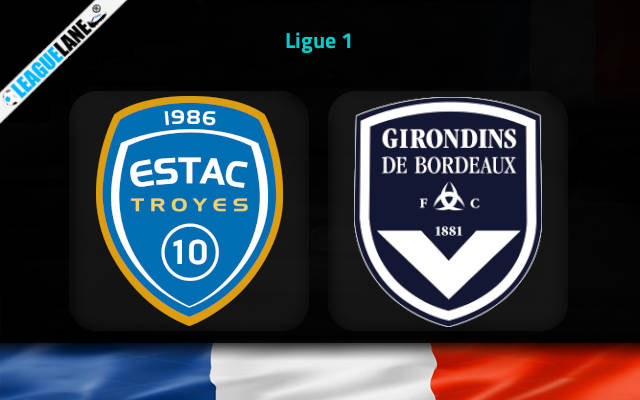 Both Troyes and Bordeuax are teams that are struggling with defensive issues in the French top flight at the moment. It’s no wonder that these two have combined to register just six wins from their total thirty four games till now.

Either are placed in the bottom-most tier of the table, and are major contenders to get relegated at the end of the campaign.

Tension will be mounting for both teams each passing match-day, and it goes without saying that these two will target each other for the three points this Sunday.

Judging the defensive performances so far, and previous h2h stats as well, expect a goal-fest this weekend at the Stade de l’Aube.

Troyes lost 2-1 on the road the last match-day, against Lille. They had also lost four of the past five fixtures, and were winless in 16 of the preceding 20 games.

They are also a recently-promoted squad, and they have won just twice at home this whole season.

On the other hand, Bordeaux were held to a 2-2 draw the last game week by Lyon. They were also winless in 17 of their past 19 games, and had conceded two or more goals in their past six straight matches.

Taking into account all these stats, expect a high-scoring affair this Sunday at the Stade de l’Aube.

Tips for Troyes vs Bordeaux