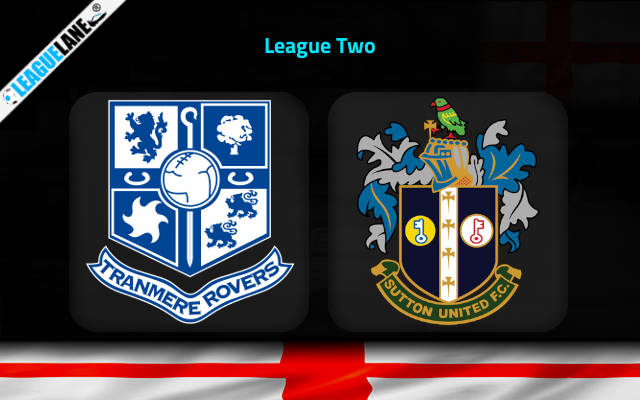 Tranmere are on a great run at home, and they easily have the best defense in the entire competition. Moreover, they also have the better h2h record against Sutton at this venue over the past decade as well.

Likely, expect a win for the former this Saturday at the Prenton Park.

Tranmere recorded a 3-2 win at home the last match-day, against Oldham. They had also won six of their past nine games, and had remained unbeaten in ten of their former twelve fixtures.

They had also won six of their preceding seven appearances at home, and had scored two or more goals in five of their last six home games.

Going on, they have conceded the least number of goals in the entire competition – just 10 from 15 games. Note that even toppers Forest Green had let in 13 goals.

And on top of that, Tranmere also have a good h2h record against this rival over the years – particularly at this venue.

Considering these observations, expect a win for Tranmere this weekend at the Prenton.

However, note that Sutton have been finding the back of the net in a consistent manner lately, and they have done so in h2h clashes as well.

In fact, they had failed to find the back of net just four times in their last 27 fixtures, and they have failed to do so on the road just twice in the past six-month period.

As such, expect them to slot in at least one goal this Saturday.