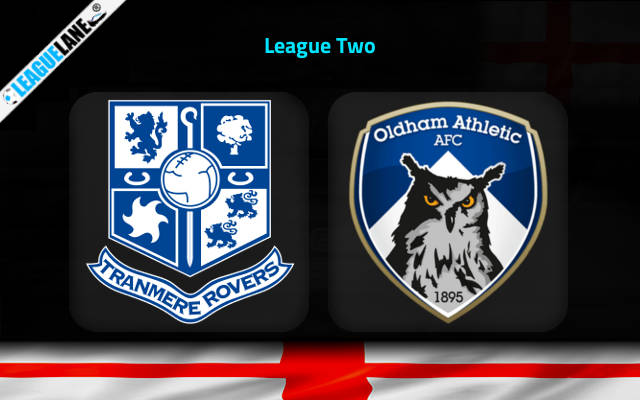 Tranmere Rovers played their last match against Stevenage, in which Stevenage scored two goals while Tranmere scored none. The match ended in a loss for Tranmere with 2-0 FT score.

With the win in the last match, the unbeaten streak has come to an end. Tranmere Rovers stand 10th in the league table with 69 points. The team is only four-points shy of Sutton United. If they keep up with their performance and secure wins in the upcoming matches, the team could play in the playoffs of League Two;

Oldham Athletic has played poorly in their matches this season. From the last ten matches, the team has got two wins while the rest of the match has ended in losses. At the moment, the team has lost consecutively in the last four. Their poor performance has put them as the first team on the relegation zone with 37 points from their matches.

Oldham Athletic played their last match against Salford City. Salford scored two goals in the match while Oldham could score only one. The match ended in a loss for Oldham with 1-2 FT score.

Oldham will surely have a hard time when they play against Tranmere in the next match. Tranmere’s loss in the last match ended the team’s four-game unbeaten streak while Oldham has lost consecutively in their last four matches.

Looking at the records, Tranmere has more chance in securing a win than Oldham. Both teams have the tendency to score in their matches and with Tranmere scoring over 1.5 goals in most of the matches, we can expect the match to end with over 2.5 goals.