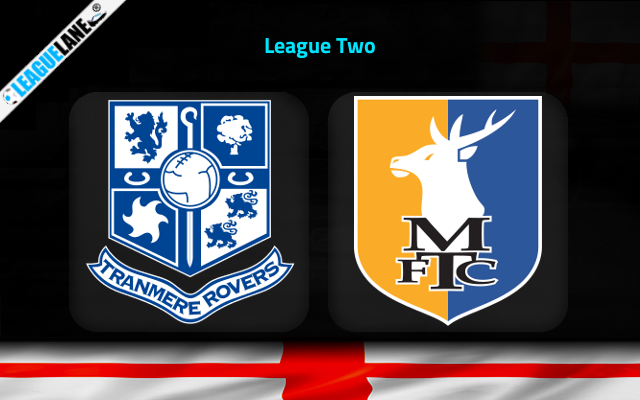 Both Tranmere and Mansfield Town possess a similar form when considering the overall stats of both these outfits this season so far. Both these outfits will meet each other in League Two fixture on Friday evening at Prenton Park.

After recording a set of positive, unbeaten results, Tranmere displayed a disappointing dip in their form. They have conceded a defeat in their most recent league fixture against Northampton away from home. With that defeat, they are winless since the past five league fixtures.

Meanwhile, Mansfield Town with brilliant results from recent fixtures have managed to occupy the 5th spot on the table. They also have a total of 56 points in hand. They have a good attacking and defensive side.

Mansfield Town are having a strong spell of form in the league of late. They are unbeaten since many games. Their most recent league fixture was against Exeter. The match ended up in a 2-1 win for them. With that win, they have woven a thread of 14 unbeaten league games.

Despite of their recent form in the league, Tranmere looks to have a decent run at home. They have managed to record a win in 12 of their total 17 league fixtures at home.

Mansfield Town, on the other side, are having an impressive form in the league fixtures on road. They are unbeaten on road since November 2021.

Analyzing all the above stats, we are left to back the draw option. It will be a highly competitive League Two fixture.