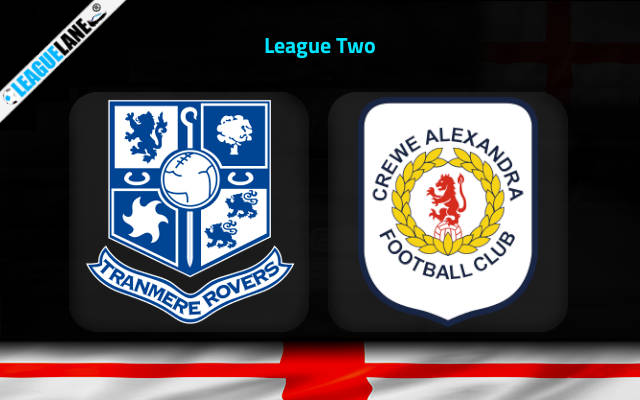 Tranmere will play host to Crewe in a League Two fixture on Friday at Prenton Park.

The Super White Army is one of the prominent teams in the competitions for the last several years. In fact, they have been stuck in the English League Two for the last few years, unable to go beyond League One and note consistently performing above average.

They have not performed anything different from the above so far in this season too. Therefore, Tranmere is currently 12th in the points table.

Tranmere had won half of their League Two fixtures in this season but have had lost almost the same number of fixtures to sit two points clear from the safe zone.

However, they will have more chances to win the upcoming fixtures because they face Crewe who sits just behind them in the league standings.

Despite being relegated from League One last season, the expected determination to return back up has not been seen in Crewe’s games so far.

Going on, they have an average offensive and a poor defensive line. Therefore, we can see their defense breaching in the past few games.

Tranmere’s possession of a decent offense might worry Crewe’s head coach Alex Morris. Apart from that, the home team has managed to improve their form in recent times.

Micky Mellon’s men recorded a 1-0 win at home in the last match-day against Barrow. In the meantime, Moriss’ men drew 0-0 on the road against Carlisle to wove a thread of 6 straight winless game on road trips.

On top of that, Tranmere rather have a superior form against this opponent at this stadium for the past several years. Thus, expect the home side to register a win this Friday.