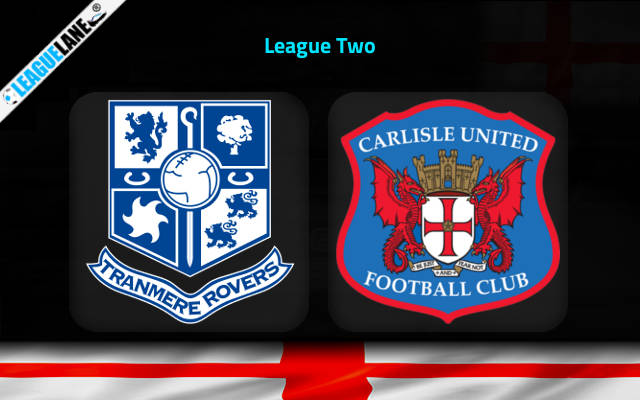 In game week 40 of League Two, Tranmere Rovers play against Carlisle United for their next match on Saturday at Birkenhead

Tranmere Rovers’ performance has not been what they used to be. From the last ten matches, the team has got three wins, two draws and five losses. Their poor performance has moved the team down the table to the 7th position. They have earned 63 points from their matches so far.

Tranmere Rovers played their last match against Colchester United. Colchester had a narrow in the match, when they scored in the 90’minute, taking the team 1-up on the scoreboard. The match ended with 1-0 FT score.

Carlisle United’s recent matches show that the team has played well in the matches. From the last ten matches, the team has got six wins, one draw and three losses. Carlisle now sits 18th on the league table with 46 points from their matches.

Carlisle United played their last match against Rochdale. Rochdale managed to score two goals in the match while they defended their side well from the opposition. The match ended with 2-0 FT score.

Tranmere Rovers have the advantage of playing in their home ground, where they have not lost in their last five matches. Carlisle’s has shown inconsistency with their wins in the away matches.

I believe the match will end in a win for Tranmere Rovers. Both teams have scored in their recent matches and can be expected to score in this match as well.