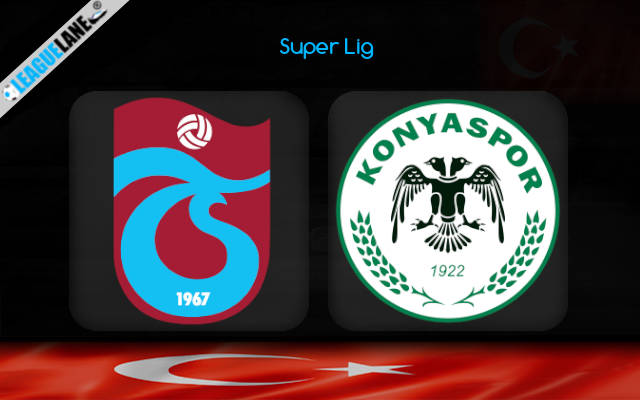 There is just one point separating Trabzonspor and Konyaspor ahead of their head to head clash in Matchday No 13 of Turkish Super Lig on Sunday afternoon at Senol Gunews Spor Kompleksi.

The two teams are chasing the top-three finish at the end of the season. They mainly rely on stern defensive showings and they have both been particularly tough to break down in the recent matches.

Trabzon were not in action at all last weekend. They saw off Sivasspor 1-0 at home in the previous home outing played two weeks ago.

Abdullah Avci’s men have generally been enjoying a stellar form in their own backyard this term. Trabzon won three and drew two of five Super Lig affairs on the home patch, conceding only two goals in the process.

The hosts will also enter this tie undefeated in the last five league outings despite facing the likes of Besiktas on the road in mid-October (a 2-2 stalemate).

Konya, on the other side, own the league’s second-best defensive record. They shopped no more than six goals in the inaugural twelve rounds.

Nevertheless, Ilhan Palut’s men do have issues with the lack of attacking creativity these days. Konyaspor are thus winless in four straight league matches and none of the last five games they played saw three or more goals scored.

We have Trabzonspor who allowed two goals in five home matches this season and Konyaspor who boast the league’s second-best defensive record with six goals conceded in the opening twelve games.

Nevertheless, Trabzon have dominated this matchup historically and we believe they will find a way to pick up at least a narrow win. Trabzon to win & Under 2.5 goals FT bet can be backed at the odds of 4.33. You can also go with Trabzon’s 1-0 victory at the 7.00 odds.