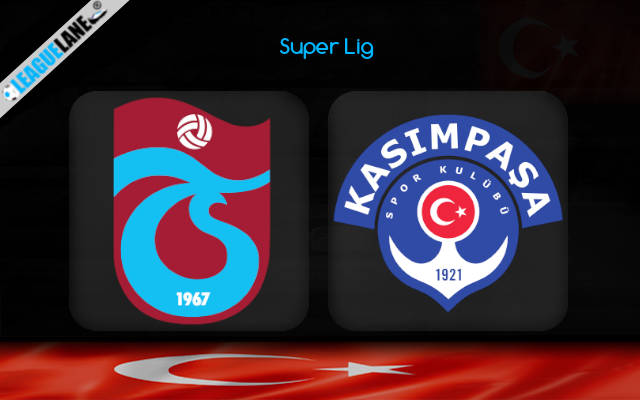 Trabzonspor will be dead-determined to retain this time around as well and it seems that they gained the much needed momentum from the past two rounds by sealing back-to-back victories over the likes of Kayserispor and Gaziantep.

In front of their home crowd on coming Monday, they will be eager to deliver another victory. It deserves to be mentioned that they had slotted in a total of 8 goals in the previous 4 league fixtures while leaking a total of 5.

Meanwhile, Kasimpasa will try to forget the 2021/22 Super Lig season as they finished 12th in the table, missing out on all major European tournaments.

They have even continued the dismal form in the beginning of this new season. However, they had improved their form further by sealing 4 victories in the past 5 league outings.

Do also note that the team had scored a total of 8 goals over the course of those 5 league outings.

By the looks of things, expect a highly-competitive affair on Sunday at Medical Park Stadium.

Black Sea Storm is on a good stretch of performances at home lately. They are on a 6-fixture unbeaten streak and had scored a total of 12 goals in the process.

On the other hand, Kasimpasa won and lost 2 apiece of their past 4 road trips. Do also note that they had scored a total of 4 goals while leaking 5 in the process.

Taking into account these observations, expect a victory for Trabzonspor in this both teams involving affair on Monday.