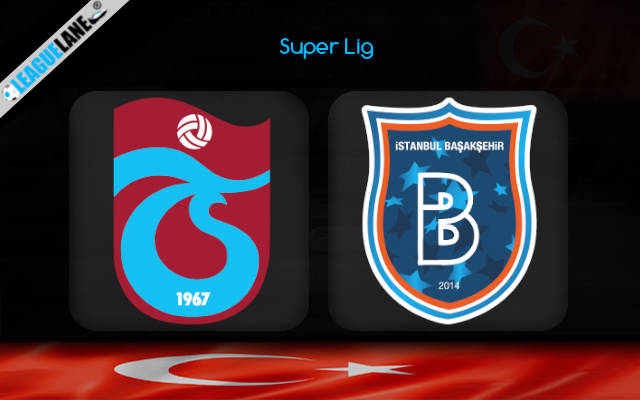 Basaksehir is at the 3rd spot on the league in the zone for Europa Conference League qualification while the Trabzonspor squad remain in tact at the top spot setting eyes at the Champions League qualification ticket. The home team is leading by 13 points when compared with the visitors, hoping to snatch another victory at Medical Park Stadium this Saturday. A win for visitors will sustain their 3rd position in the league.

The home team is at top flight in the league in 1st spot with 45 points from 18 matches. They have lost only once this season while drawing 3 times and winning on 14 of the fixtures. They have the best goals to conceding numbers on the league standing at 36:14.

Trabzonspor have totted up an amount of 12 while conceding only 3 from their previous 6 league matches. They have won both matches after their first league loss of the season at the hands of Antalyaspor. The league leaders are coming from a 2-0 victory against Hatayspor and a 2-1 win at Altay.

The visitors reside at the 3rd position on the table with 32 points in hand. They won on 10 games while drawing twice in the league and losing on 6 other occasions. They have scored 29 in total while conceding a sum of 19 from the 18 matches so far.

Basaksehir forwards have scored 11 meanwhile the number of goals they’ve conceded stands at 4, from their last 6 outings taken into account. They are coming from a 3-1 win over Giresunspor, their 3rd win in 5 league matches. It was also their third straight league game in which both sides have managed to score.

Both these sides are on good runs and this is propelled by their consistency in attack. We envisage a victory for Trabzonspor, as they have not yet lost a single a match from the 8 home fixtures held at Medical Park Stadium.