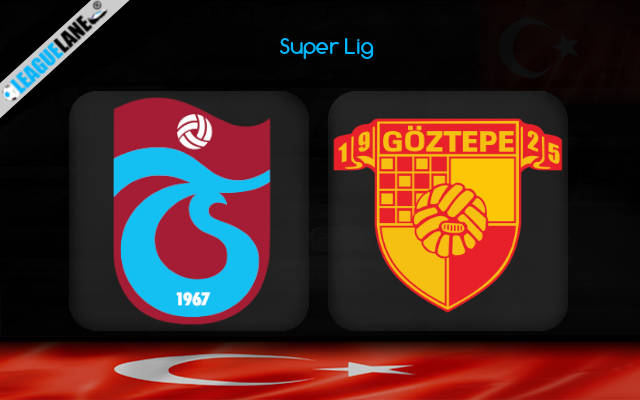 In game week 29 of Super Lig, Trabzonspor faces Goztepe for their next match on Saturday at Trabzon.

Goztepe has added yet another loss to their tally after their last match against Kasimpasa. Kasimpasa scored three goals in the match while Goztepe could score only two.

Trabzonspor has played well in their matches throughout the season, exhibiting a strong form in their matches. Their strong form has put them at the top of the league table, where they are unrivalled with 67 points. Currently, the team is unbeaten in their last twelve matches.

Goztepe has not shown a strong performance in their matches. The team had kept an unbeaten streak from the start of this year, but couldn’t keep it going for long. Their form dropped in recent matches, leading to the team losing consecutively in their last five matches. However, the team has scored in most of their recent matches. They are the first team in the relegation zone with only 27 points from their matches.

Trabzonspor is on top of their form in their matches this season and has lost in only few of their matches, which makes them a formidable opponent for Goztepe. Both teams have scored in their recent matches, making it possible for both the teams to contribute to the scoreboard in this match.

Trabzonspor has the advantage of playing in their home ground, where they have not lost in a single match this season. Goztepe, on the other hand, has not achieved the results they had hoped for on their road trips. Currently, the team has lost in their last two away matches.