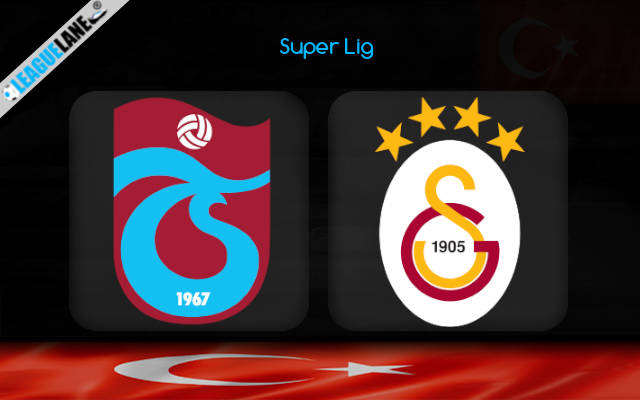 Trabzonspor and Galatasaray are set to deliver a true beauty on Sunday evening at Medical Park Stadium, as they goes head to head in the fourth round of the 2022/23 Turkish Super Lig Campaign.

Both teams have started the new season as expected, with positive outcomes. The champions started off this season with a 0-2 win against Istanbulspor. They won and lost one apiece further to collect a total of six points from three league fixtures.

However, Avci needs to work a lost on his team’s back line because Trabzonspor seem to be to easy to break down at the beginning of the season.

They shipped five goals in a tough 5-2 defeat to bitter rivals Antalyaspor in the past match-day before canceling with FC Copenhagen in a qualification fixture.

Meanwhile, Galatasaray have also started off with a win, but lost the second and bounced back in the third to collect a total of 6 points so far this campaign.

It deserves to be noted that, the team conceded only one goal from those three fixtures.

By the looks of things, expect a tight encounter between the two rivals this Sunday.

The title holders are currently on a three-game winless run at the moment. They are on the back of a 5-2 defeat in the league too. Also, they were winless in three of previous five appearances in front of the home crowd.

On the other hand, Galatasaray are winless in five of the past 10 overall fixtures. But, they are on a four-game winning streak on the road at present.

Taking into account these observations, we are expecting an uncompromising affair when these two lock horns in a Super Lig fixture this weekend.