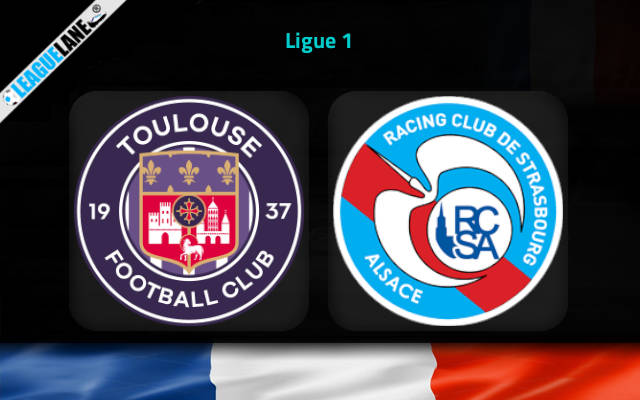 Toulouse have been in good touch lately, claiming seven out of nine possible points in the previous three Ligue 1 rounds.

They will have a great chance to keep climbing the Ligue 1 standings after this weekend with the home fixture against the struggling Strasbourg on the schedule for Sunday afternoon.

Head coach Philippe Montanier can be thrilled with his team’s offensive form in the recent weeks.

Toulouse notched seven goals in the last two home wins, including four in the last weekend’s success against Angers.

It was also the team’s third consecutive win at Stadium de Toulouse. The best part for Montanier is that his team’s goals can come from various sources.

He thus has five separate players with at least two goals in the opening ten games of the season, including Dejaegere, Dallinga, Chaibi, Ratao, and Aboukhlal.

Montanier’s men should have a lot of space to keep their superb offensive form going here against Strasbourg who are nowhere near their last season’s form.

The visitors are fourth from bottom in the league standings after winning just one of the opening eleven games.

They have allowed at least two goals in each of the previous four Ligue 1 outings, including three in a tough home defeat to Lille last Friday.

Toulouse are scoring goals for fun these days, especially in their own backyard where they bagged seven in the last two league games. They should prolong this fabulous spell of form here when they come face to face with Strasbourg’s leaky defense.