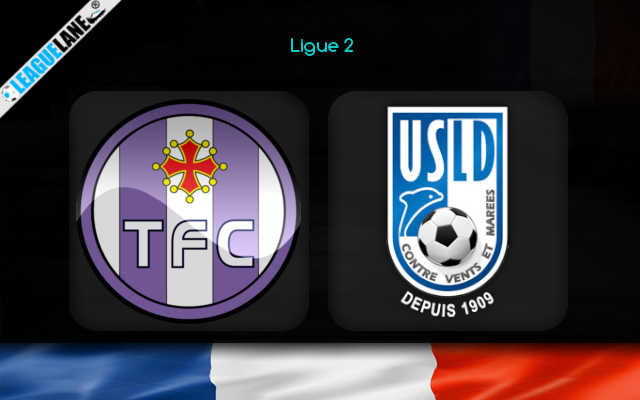 Toulouse have been by far the most dominant team in the second division of French football this season. The club will head into this fixture undefeated in the last three months. With such performances, the club are favourites to compete in the top flight next season, following a two year stay in Ligue 2.

They were last seen in an away fixture against relegation threatened club Grenoble Foot 38, in a fixture where they took all three points, by scoring two late goals to win 0-2.

The result marked the club’s 4th consecutive win and took their undefeated streak up to nine games. Following this, they are now three points clear of Paris FC on top of the league table.

Dunkerque have been shambolic throughout the season. However, having been able to take a third of their total points this season from their previous four league matches, the club is now in a position to fight against relegation.

In their most recent league match, they managed to beat mid table side Dijon by a score line of 2-1. The result was their 3rd win in four league matches.

Thus taking nine points from those games, they are now sitting in the relegation playoffs spot, with twenty seven points to their tally and two points behind the 17th place team.

The hosts have lost just once at this venue since November 2020 and hence expect them to dominate this Monday as they take on a club that has lost all but one of their previous six league matches on the road.

Les Violets have scored across both halves in their preceding six league wins at home. Expect them to do the same this Monday when they take on a team with a rather poor defensive record away from home.