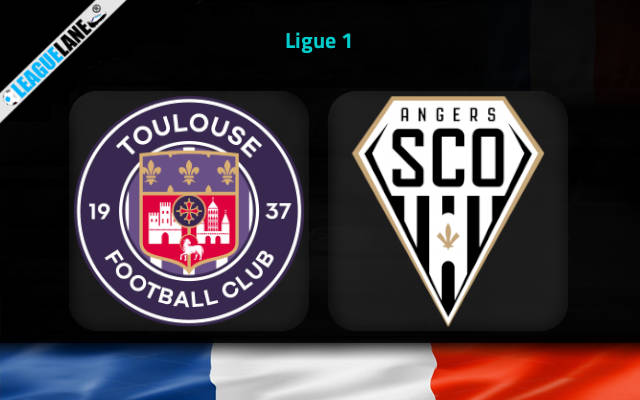 Toulouse and Angers will meet each other in the first fixture of Sunday’s Ligue 1 program at Stadium de Toulouse.

The hosts will be looking to maintain their fine spell of form and pick up another victory after claiming four points from the previous two league outings against Montpellier and Lyon.

Philippe Montanier’s men will also enter this tie on the back of successive home wins over Reims and Montpellier.

They are playing attacking-minded football these days. Each of the last three outings Toulouse were part of saw goals scored at both ends.

The hosts’ offensive line should have plenty of room to deliver in the final third here against Angers who are now officially the weakest defensive team in the league.

No other Ligue 1 outfit have shipped more than Angers’ 24 goals so far in the season. Gerald Baticle’s men have conceded three goals in each of the back-to-back home defeats to Marseille and Strasbourg in the last two rounds.

Angers also allowed ten goals in the first three away outings in the league this term. They did break the negative series of results on the road by beating Nice 0-1 in the previous away fixture.

Both teams have multiple men with at least three goals scored so far in the season and we really have reasons to expect a high-scoring scenario when these two likes come across each other.

We expect the termination of the low-scoring trend in this matchup here based on everything we saw from these two teams in the recent weeks.

Toulouse play attacking-minded football, while Angers have the worst defense in the league. The Over 2.5 goals FT & Both Teams To Score bet has to be the way to go at the 2.00 odds.