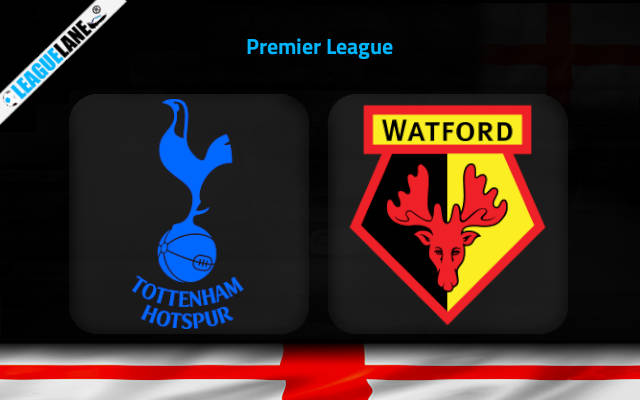 After a summer of discontent which has seen Tottenham interview what felt like every manager in Europe to almost losing star player Harry Kane it will be refreshing to see the club win 2 games from their opening two matches of the new season.

Nuno Espirito Santo is the manager now and the great news for the club is that striker Harry Kane is staying with them, that’s been confirmed by Kane himself.

Tottenham have won both of their games 1-0 and last weekend they were able to beat Santo’s former side Wolves.

Watford started the season with a bang as they beat Aston Villa 3-0. However the following week they were defeated by Brighton 2-0, and that might suggest that the Hornets are going to struggle on the road this season.

Tottenham vs Watford Head to Head

Tottenham come into this game in good spirits because also in midweek they were able to knock Pacos out of the UEFA Conference League qualifiers and will have European football to play now for this season.

Harry Kane scored two goals and the player is back where he wants to be. We will certainly be backing him to score in this game.

Tottenham are odds on to win which should not come as a surprise and in fact the value on them will be better chosen to back them with a negative handicap. Tottenham will be attacking from the first minute and we don’t expect too much from Watford who will be hoping to keep the score down.