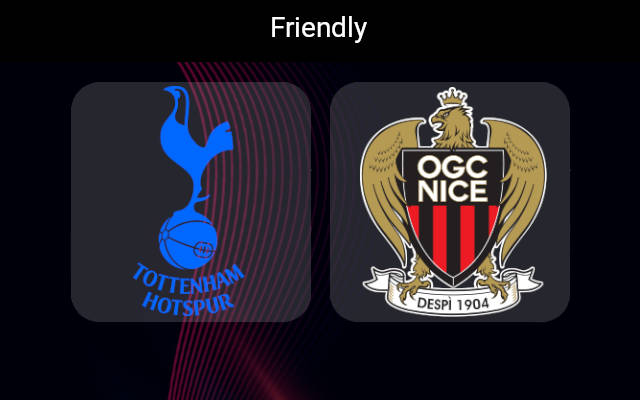 Tottenham will use the mid-week Carabao Cup slot to ply a friendly game against French Ligue 1 side Nice on Wednesday evening at Tottenham Hotspur Stadium.

It will be the Spurs’ final test before the restart of the Premier League and their clash against Brentford on the road on Boxing Day.

Antonio Conte’s men hold the fourth position in the Premier League standings after 15 rounds. Nevertheless, it has by no means been a successful campaign for the Italian manager and his troops so far in the season.

Spurs did win 9 of 15 matches so far, but the fact they have conceded 21 goals in the process is worrying for Conte.

On a positive note, his team looked great in the previous friendly against Scottish Premiership team Motherwell.

The fourth goal was once again courtesy of Matt Doherty who should get his place on the right wing back when Premier League restarts.

Nice will enter this match in an opposite mood. They fell 0-3 to Italian Serie A team Atalanta five days ago in a friendly.

The team led by Swiss manager are 9th in the top flight of French football after 15 rounds. They have big problems with the lack of efficiency up front after netting no more than 15 goals in 15 domestic league outings.

The fact their offensive line did not offer much in the check against Atalanta makes us wonder about their chances in London, especially as Conte’s men will be highly-motivated to boost up the confidence ahead of the upcoming challenges in competitive games.

Spurs will be without Harry Kane and Richarlison for sure, while Heung-Min Son’s appearance is questionable. Knowing that Nice have been anything but impressive offensively so far in the season, we have to look for the value in backing a low-scoring affair here.