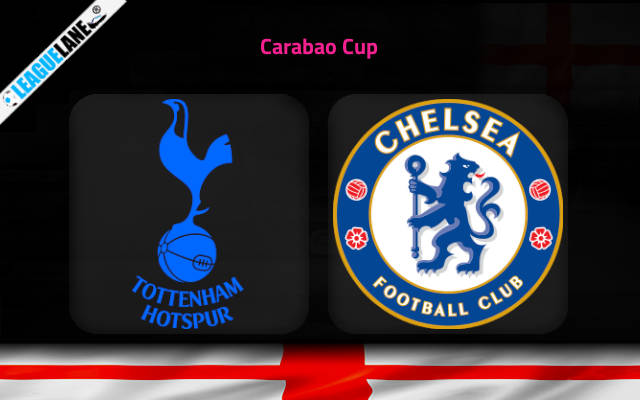 The Blues have already taken a commanding lead in the two-legged tie, and all they need now is to protect that lead, and they will be through to the final.

Their league campaign has been going well lately, as they climbed one spot higher to take possession of the second position. And as of now, only defending champions Manchester City are above them.

Meanwhile, the Spurs have a mountain to wade through, if they are to qualify for the title-fight.

They need to overcome a two-goal deficit, against one of the best defensive teams in England. And to make matters worse, they have an inferior h2h record against Thomas Tuchel’s men in recent years.

As things stand, expect Chelsea to have the upper hand this Wednesday at the Tottenham Hotspur Stadium.

The first leg had ended in a 2-0 win for Chelsea at home. And with them already having a two-goal lead in the tie, odds are massively in their favor.

On top of that, they are in great form, and are scoring goals at a superb rate. In fact, just the last match-day, they had recorded a 5-1 win in their FA Cup fixture, and they had also remained unbeaten in 22 of their last 23 fixtures.

On the other hand, Spurs have had some trouble with form lately. They are finding it hard to keep clean sheets, and importantly, they have a poor h2h record against this opponent recently.

As such, expect a win for Chelsea.

However, this is the semis of a cup competition, and Tottenham will not just easily give up. They have been consistently scoring at home in the past few game weeks, and they will go after the visitors with all they have got.

This will either result in Chelsea conceding at one point in the game, or due to the relentless attacking of the Spurs, the Blues will have the opportunity to counter, and slot in some goals of their own.

As such, anticipate goals in huge numbers.

Tips for Tottenham vs Chelsea