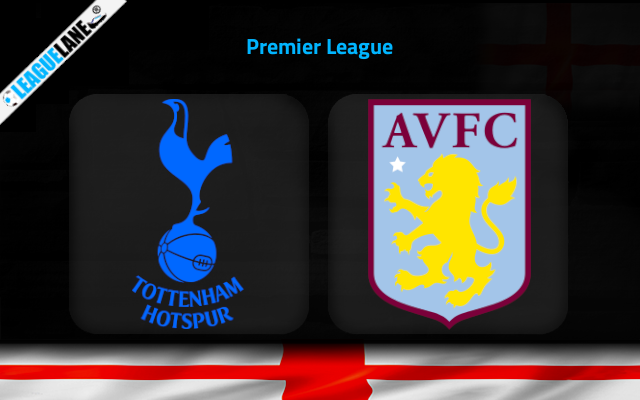 Tottenham vs Aston Villa Predictions and Free Tips from our expert tipsters when the teams go head-to-head in the England Premier League on Sunday, 1 January2023.

Displays hev been inconsistent from Tottenham in the past five league outings. A total of two wins tallied by two defeats have affected their positioning on the table.

They will have to secure it soon before their competitors climb past them. On Sunday, they will have a great chance to seal one three pointer but won’t be easy. Their rivals are Aston Villa who have won three in the last five league outings.

Tottenham can also rely on the recent tradition since they won the previous two encounters against Aston Villa. The latest encounter had finished in a 0-4 win for Spurs.

At this venue, Spurs won four of the last five matches against Aston Villa. They have netted in a total of 11 goals during the course of those five matches.

Who will win the match between Tottenham vs Aston Villa?

Our bet is on Tottenham as they have been successful in facing teams that sit outside the top 10 of the league standings.

At home, they have only conceded two defeats so far in this season, and both came against an in-form Newcastle and Liverpool.

Affairs including Tottenham have generally been high-scoring affairs lately. They are on a streak of five games with over 2.5 goals ft trend at the moment.

Knowing that Aston Villa also follows the same trend at present, we expect this match to have goals over 2.5 ft.

Neither of these two squads are in possession of a strong defense which is capable of keeping a clean sheet. They have let in goals in the past few matches consistently.

In that case, we expect this clash between Tottenham and Aston Villa at Tottenham Hotspur Stadium on Sunday to have goals from both ends.

We place Tottenham to win at 1.65 odds as the main betting considering their decent run at home so far in this campaign.

For the second tip, we like to back the both teams to score bet at 1.80 odds as neither of these two teams have a strong defense.