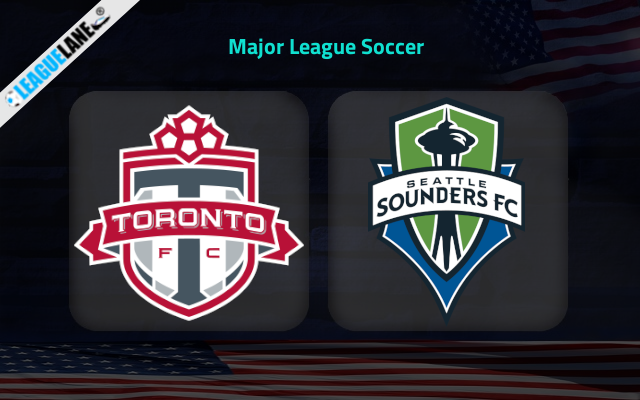 Toronto FC had a disappointing start to this season. They have bettered themselves then but failed to maintain it further. At present, they are having a disappointing form and are at the fourth spot from the bottom. They also possess a disappointing defensive line-up.

Toronto FC recorded a 2-1 win at home against Atlanta United in their most recent league fixture. They were on the back of a 2-0 defeat against New York Red Bulls before recording the above win. Therefore, they will be hoping to arrest that slump by sealing a positive outcome.

Meanwhile, Seattle Sounders had an average start to this season. Their recordings in the first five fixtures were mostly winless and were outside the safe zone of the Western Conference table. However, they have gained the much needed momentum and have climbed up to the 7th spot at present.

Seattle Sounders recorded a 3-0 win at home against Sporting Kansas City in their most recent league fixture. With that draw, they are following a streak of four unbeaten games in the league. They are currently on the right track to secure their spot inside the safe zone.

The home form of Toronto FC is not that impressive at present. They have lost two of their past four league fixtures at home. However, their offensive side have scored goals at a good rate in each of their past two home outings.

On the other side, Seattle Sounders are having an average form on road. They have a positive display to their name in their past two league outings. However, their recent bettering form will boost them irrespective of their overall inconsistency.

Therefore, we back Seattle Sounders considering their current form and the recent head to head form against Toronto FC.