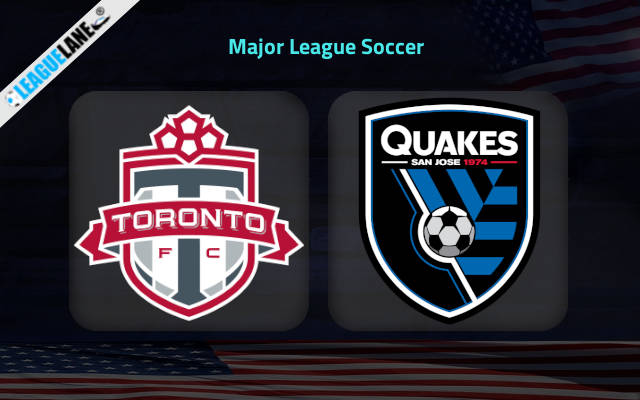 Gameweek 20 of Major League Soccer will be starting this week as Toronto play host to San Jose Earthquakes where both these sides are in different Conferences but sharing the same points. These two sides will be seen locking horns at BMO Field, this Sunday.

Toronto is at the 12th spot on Eastern Conference with 18 points from 18 games. They won 5 times in the league while drew thrice and lost on 10 other occasions. Things have not been going that well in front of goal for the Canadian side recently, with the side failing to score in 2 of the last 5 games.

The home side will be wanting a better result here following the 0-2 league loss in their previous game against Seattle Sounders. Toronto have been scored against in 5 of their previous 6 matches, giving up 9 goals in the process.

On the other hand, San Jose Earthquakes resides at the 13th spot in Western Conference with just 18 points. Of the 17 matches played, they won only 4 times in the league while having drawn 6 and lost on 7 other occasions. They have recently found a win after recording a 5-game winless run across various competitions.

The visitors head into the match after a 2-1 MLS win with the downing of Chicago Fire in their last match. All 5 of the Goonies’ victories in 2022, in all competitions, have come at home, last winning on the road on October last year in Salt Lake.

Toronto FC has won half of their home games this season and 83% of their points were gained at home matches. They won 3 of their last 4 home h2h matches.

Meanwhile, San Jose Earthquakes haven’t won an away game since their last 8 MLS fixtures. They are yet to secure an away win in the league while losing 6 out of the last 8 league matches so far.

By the looks of things, expect a victory for Toronto FC this Sunday.