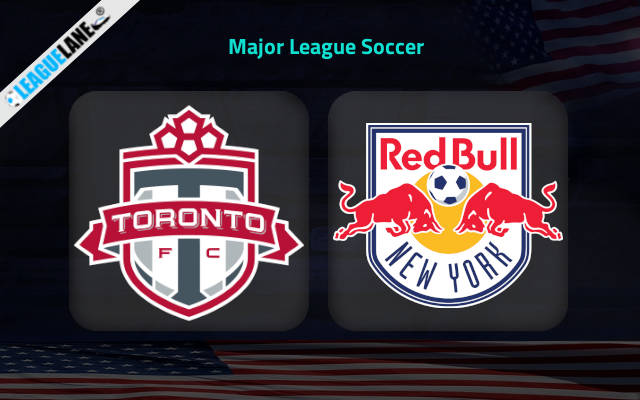 Toronto are looking to record a third straight game without a defeat on Wednesday evening when they take on the Eastern Conference rivals New York Red Bulls at the neutral venue of the BMO Field in the 14th round of the MLS.

TFC got off to a nightmare start to the 2021 MLS campaign, but it seems that Chris Armas has finally found a winning formula. The Canadian outfit escaped the very foot of the Eastern Conference standings by collecting four points from the last two league games.

The achievement is greater if we know they’ve played the likes of New England and Orlando City, two of the top-three outfits on the East, in the process. Armas can be happy knowing that his men conceded only one goal in the weekend’s home draw to Orlando City.

Toronto generally boast by far the worst defensive record in the entire competition. They’ve conceded 30 goals so far in the season. For the sake of comparison, no other team has allowed more than 25 (Cincinnati).

The “nominal hosts” will fancy their chances of producing another decent defensive display here against New York Red Bulls who have by no means been scoring goals for fun lately.

The Red Bulls come into this unbeaten in the last three MLS ties, though. They’ve collected five points in the process, moving level on points with city rivals New York City right on the brink of the playoffs spots.

We have reasons to expect the continuation of a low-scoring trend in this matchup despite Toronto’s lack of defensive meticulousness in this term of MLS. The Canadians will go into this encouraged after a decent defensive showing against the third-placed Orlando City and the clash with New York RB should provide them a chance to back it up on Wednesday.

The value is with the Under 2.5 goals FT at the 2.00 odds, while the braver punters can try their luck with Toronto’s 1-0 victory as the correct score bet at the odds of 10.00.