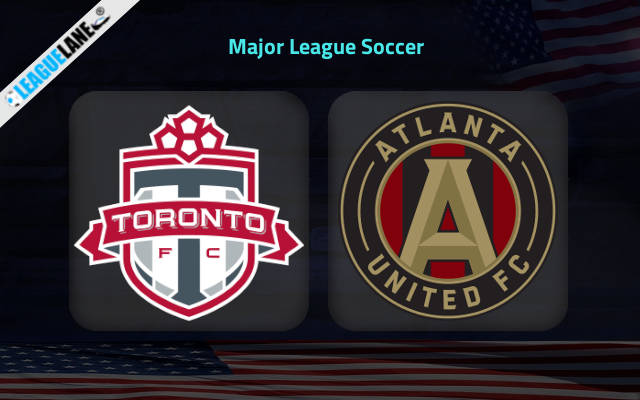 Round 15 of Major League Soccer is being scheduled in Eastern Conference as Toronto play host to Atlanta where both these sides are separated by just 4 points. These two sides will be seen clashing at BMO Field, this Sunday in the second-half of the table.

Atlanta United is at the 9th spot on the standing with 19 points from 14 games. They won and lost 5 times each while having drawn on 4 other occasions. Their struggles at the defensive end of the pitch has also been another key factor as they have conceded 20 goals so far, although they have been solid at the opposite end of the pitch with 22 netting thus far.

The visitors will go into this clash following a 2-0 win against Inter Miami in their most recent match. There have been over 2.5 goals in 3 of the latest away league matches featuring Atlanta United.

On the other hand, Toronto FC resides at the 12th position on the table with just 15 points. Of the 15 matches played, they won 4 times in the league while drew on 3 and lost on 8 other occasions. They have conceded an average of 1.93 goals in their MLS fixtures.

The home side wouldn’t want a repeat of their last result, being a 0-2 loss at the hands of New York Red Bulls. Toronto have won just one of their last 8 matches in MLS of which there existed 6 losses.

Toronto has been average at home this season, winning 4 out of the 7 games played at BMO Field. They even won 4 out of their last 6 home matches and has been tough at home recently.

Meanwhile, Atlanta remain winless in their previous 5 away matches from home across various tournaments. They even lost 5 of those games conceding 8 in total. The visitors also lost in 3 of their last 4 away meet-ups with Toronto.

By the looks of things, expect a victory for Toronto this Sunday.