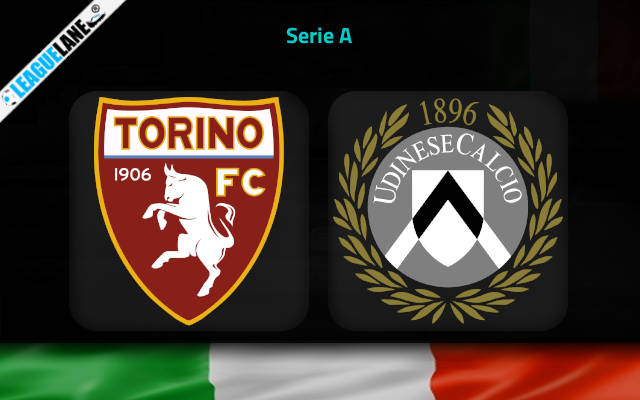 Neither Torino not Udinese performed very well in the final third in the previous round. Knowing that only one of the last seven head-to-head encounters between them ended with three or more goals scored, the Under 2.5 goals FT seems to be the best betting recommendation here at the 1.66 odds.

Torino and Udinese will drop the curtain on the Gameweek No 13 in the Serie A on Monday evening at Stadio Olimpico Grande Torino.

The visitors should enter the game in somewhat higher spirits following a 3-2 victory over Sassuolo before the international break.

However, neither of these two outfits have been consistent so far in the season which is why both teams currently sit in the bottom half of the standings after all.

Torino could rely on their home form as they’ve picked up back-to-back home wins over Genoa and Sampdoria in the last two fixtures in Turin.

The team led by Ivan Juric scored three goals in each of these two games. However, they have shown completely opposite face on the road.

They fell 1-0 away at Spezia in the previous round without registering more than a single shot on target on the occasion.

Udinese were not much better in this parameter either in their previous league affairs, despite a 3-2 victory over Sassuolo at home.

Udinese had just two shots on target on the occasion but were lucky to score three goals (one was an own goal).