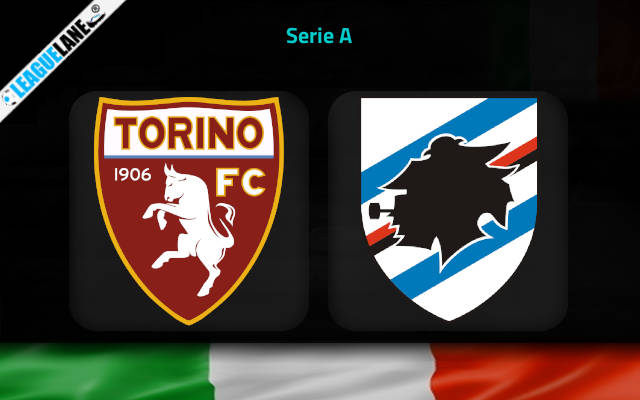 Torino snapped a three-game run across competition with a 2-1 defeat away at Bologna on Sunday afternoon.

Le Samp are not pulling up any trees this season. They sit second from bottom in the Serioe A standings with just six points from the opening 13 outings.

The managerial change that occurred a month ago did little to shift the team’s fortunes around as Le Samp are once again on a losing thread under new head coach Dejan Stankovic.

Sampdoria failed to find the back of the net in back-to-back defeats to Inter Milan and Fiorentina, shipping five goals at the opposite end along the way.

The visitors could easily struggle to get their offense going here against Torino as well. Il Toro have been pretty tough to break down so far in the season under Croatian manager Ivan Juric, especially in front of the home fans.

Torino allowed just four goals in six league games in Turin this term. They have improved their offensive displays a lot of late, netting as many as eight goals in a three-win thread across competitions before the mentioned loss at Bologna on Sunday.

Sampdoria have scored only six goals since the beginning of the season. Their top scorer is Filip Djuricic with two goals to his name this term. We are very much tempted to back Torino to win to nil at the odds of 2.50 here.

Since Il Toro have indeed improved their overall displays of late, we see them as pretty clear favorites for the win on Wednesday. You can back Torino’s 2-0 victory at the odds of 7.00