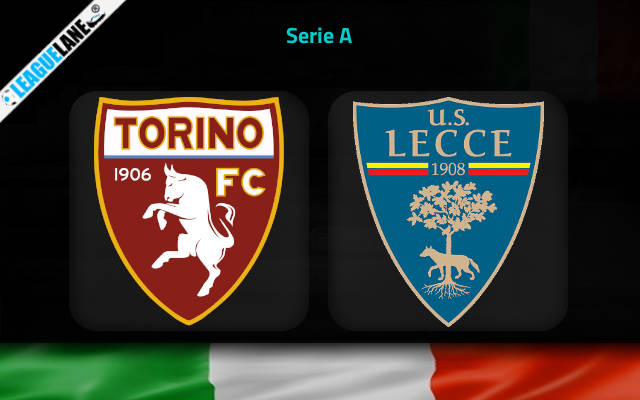 While Torino had missed out on a ticket to one of the European competitions the last season from the Italian top flight, they managed to secure a finish in the top half of the table. Meanwhile Lecce are a team that were promoted to the Italian first division only at the end of the past campaign.

And right away it was predicted that they will struggle to deliver good performances against the veterans of the top division. As expected, they have remained winless so far in the tournament.

They are placed 15th in the league table as of now and have a 100-percentage losing record, disregarding just two draws. Do also note that they have found the back of the net a total of just three times all through the campaign so far.

Meanwhile Torino have a 100-percentage winning record so far disregarding a single draw, and this only draw had come against top-performers Lazio.

In addition, they also are in front of their home crowd this week, where they have been delivering good results for quite some time now.

Moreover, they had finished just 12 points below the European cut-off for the previous season and this time around they will be determined to make amends.

By the looks of things expect a victory for Torino this Monday.

Torino were unbeaten in seven of their previous eight overall fixtures and impressively six of these were victories as well. Do also note that they had scored two or more goals in five of these matches.

On top of that their only two losses in front of their home crowd in the past six months had come against Roma and Napoli.

On the other hand, not only are Lecce a newly-promoted team to the Italian league but they are also on a 6-game winless run. And worryingly they had gone through a four-fixture losing streak during this stretch.

Taking into account these observations, expect a win for Torino.

Tips for Torino vs Lecce