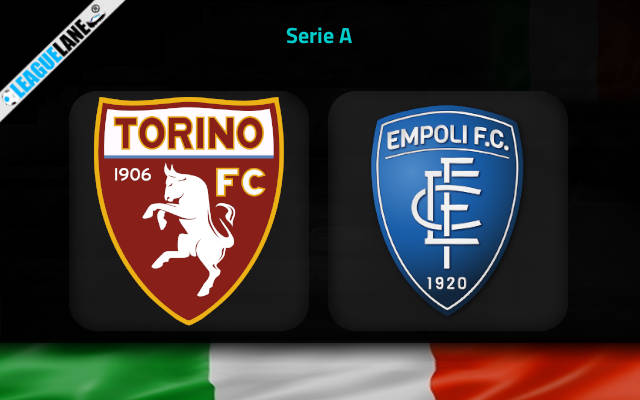 Empoli will travel to Piedmont as they face Torino at the Stadio Olimpico Grande on matchday 15 of Serie A. With just 2 points separating the clubs a competitive fixture is expected. Read our Preview, Predictions, and Betting Tips with Analysis here.

Toro lost 1-0 on the road against Roma while Empoli sealed 3 points against Fiorentina at home by scoring 2 late goals to win the match from behind which ended with a 2-1 score line.

Gli Azzurri in their first season back up in Serie A have been impressive as they are just 2 points behind 6th place Fiorentina but 9 points clear of the drop zone. Despite being able to get the better of Juventus on matchday 2 they have stood no chance against teams top of the table while managing wins against teams lower in the table.

The Maroons after just about managing to stay up in Serie A last season finishing in the 17th position the team currently find themselves in the 13th position, 7 points clear of the drop zone. A consistent run of points is required for the team to push higher in the table.

Both teams were able to get on the scoresheet in 6 of the visitors’ previous 7 games. Torino has conceded nearly the same number of goals they have conceded and so expect goals from both sides.

Granata has scored across both halves in 3 consecutive games and with the away team conceding the second most goals by any team outside the relegation zone, the hosts are expected to score in both halves.