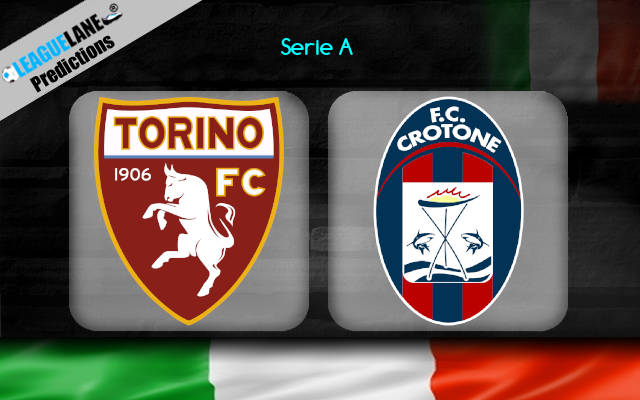 Torino have finally ended their unwanted streak in Serie A as they beat Genoa (1-2) on Wednesday, looking to build on the performance as the busy schedule continues with a home clash against Crotone. They still sit in the relegation zone and a point behind 17th placed Spezia, desperate to make a good chance count on Sunday.

Toro have been in great shape in the final third and now finally started capitalizing, as Andrea Belotti leads the line with four goals of his six scored since the October International break. They will now hope to keep it up and we do see them doing so, despite obvious need to pick it up at the back and retain a stable back line.

Crotone have been scoring goals themselves but sit rock-bottomed as they see similar woes at the back early on. They conceded six goals in the last two Serie A outings and dropped out of the Coppa Italia with a loss to SPAL on penalties after a 1-1 draw. Cagliari (4-2) and Atalanta (1-2) both snatched the league points and doing more against Torino could prove a very tough task.

Crotone haven’t beaten Toro since their Serie B clash back in 2010.

We’ve seen three wins for Torino and two draws in the last five head-to-head encounters with a high total of nine goals in the last two.

We do hope for another exciting game on Sunday but we do see Torino building on such records. We’ll back them to finally connect two wins in a row and going for it at 2.05 feels like the best value in the market. It feels they showed more than the points would suggest early on and we do see Toro picking it up.

With that in mind, we have seen them conceding numbers of goals and Crotone should be able to make an impact. We’re thus also going for a high-scoring contest and backing Over 2.5 Goals FT & BTTS at 2.00. The visitors have been scoring goals quite regularly and will certainly want to be no sitting ducks in Turin.