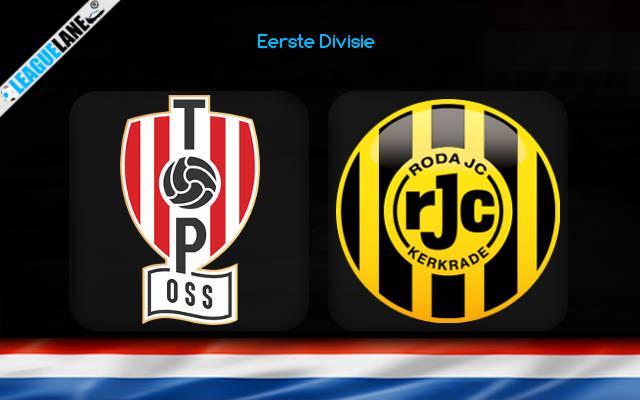 Game week 30 of Eerste Divisie brings us the match between TOP Oss and Roda JC on Friday at Oss.

TOP Oss’ hope for a win was stopped with a last-minute goal from Telstar in their last match. Oss scored two-goals after Telstar’s first goal to take the lead in the match. But they couldn’t achieve the win they had wished for. The match ended with 2-2 FT score.

Roda JC played their last match against Dordrecht. Roda scored four goals in the match and defended their post well from the opposition. Opposition’s failure to score in the match ended the game in a win for Roda with 4-0 FT score.

Roda JC has been inconsistent in their matches throughout the season. Their form drops for a couple of matches and comes back after a few matches. Their inconsistency has stopped the team from becoming one of the top contenders in the league. They sit 8th on the league table with 46 points from their matches.

Both teams have shown inconsistency with their performances in the matches. Both teams have won in five of their last ten matches. They have scored in most of their matches and can be expected to score in this match as well.

The match will most likely end in a win for Oss or in a draw.