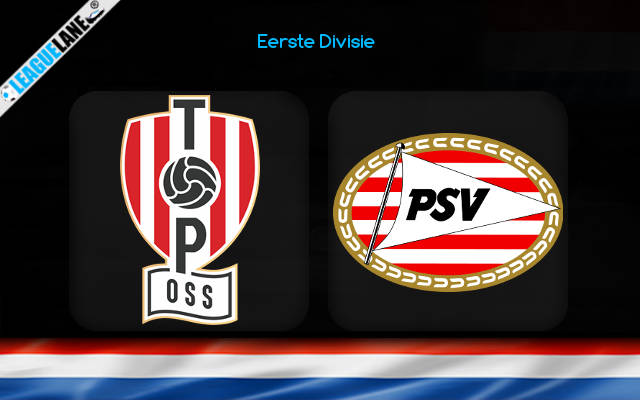 TOP Oss has been inconsistent with wins throughout the season. Their inconsistency resulted in the team achieving mixed results from the matches. From the last ten matches, the team has got three wins, two draws and five losses. The team stands 15th on the league table and has got only 35 points from their matches.

Oss’ recent match against Jong Ajax has recorded a 4-1 loss for the team. Ajax scored four goals in the match while Oss could score only one and that too at the last minutes of the match.

Jong PSV’s recent matches have shown the team to be in trouble with their form. They have not found a win in the last eight matches. The trouble with the form has moved the team down the table to the 13th position. The team has got only 37 points in their name.

Jong PSV and Volendam gave the spectators a good match. Both teams scored two goals each one after the other, ending the match in a draw with 2-2 FT score.

Both Jong PSV and TOP Oss have performed poorly in their matches this season. They have been inconsistent with their performances, resulting with the teams staying at the bottom of the league table.

TOP Oss has put on a better performance in the recent matches than Jong PSV. So, the match is more likely to end in a win for TOP Oss or in a draw. Jong PSV has scored most of their goals in the first half of the match and can be expected to score so in this match as well.