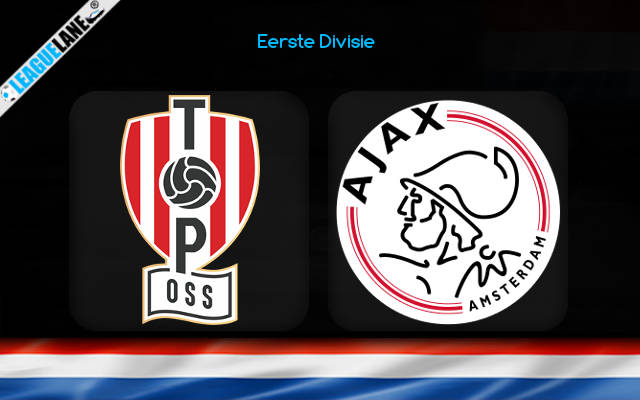 Ajax are on top of their form this season, having achieved 35 points from 18 matches. Their last match against Emmen ended in a win for the team with 1-0 FT score after Youri Pieter Regeer scored a 60′-minute goal.

TOP Oss stay 19th in the league table after their 18 matches. They have not achieved a win from their last matches. Oss could have ended their win streak if MVV didn’t score a 90′-minute decider and ended the game with 1-1 FT score.

Oss will face quite a tough game in their upcoming fixture. Their chance to avoid relegation is decreasing with each passing matches. The hosts have not won a single game in their last 15 matches. The team has only won 3 matches in Eerste Divisie, this season and that happened in the first 4 games.

Oss has only won 2 of their home matches this season and that was in the beginning of the season. They have not won in their last 7 of their 9 home matches.

Ajax is on top of their form at the moment and is sure to be a tough opponent for the hosts. They have not lost in 9 of their last matches and have a win streak in the last 3 matches. Ajax has also scored in 17 of their 18 league matches in this season.

The visitors have a good record in their away matches. They are unbeaten in last 4 matches and have won last of these matches. The team has also scored in every away game except one.