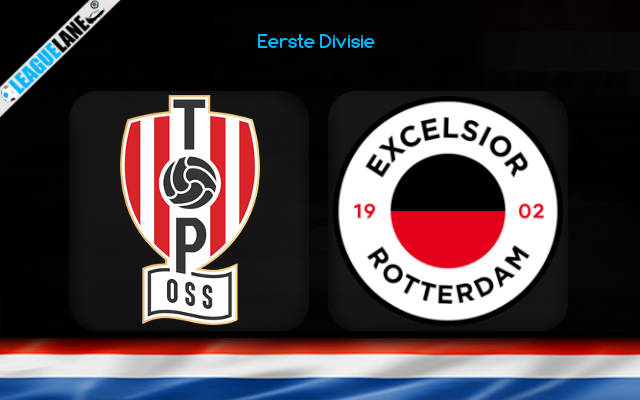 In game week 31 of Eerste Divisie, TOP Oss plays against Excelsior for their next match on Friday at Oss.

TOP Oss played their last match against Dordrecht. Oss couldn’t penetrate the defences of Dordrecht in the match. However, Dordrecht netted once in the match, ending the game in a loss for OSS with 1-0 FT score.

Excelsior has won in yet another game after their last match against the second placed Volendam. Excelsior scored five goals in the match, while Volendam could score only two, ending the match with 2-5 FT score.

Excelsior is back on track with their winning mentality. They are one of the strong contenders in Eerste Divisie this season. The team has now won consecutively in their last five matches. Their strong performance has placed the team in the third position on the league table with 58 points from their matches.

Oss’ recent performances put them at a disadvantage when they face against a top contender such as Excelsior. Excelsior currently has won in the last five consecutive matches while Oss has not won in the last three.

Looking at the past performances, the match is most likely to end in a win for Excelsior. Excelsior has scored over 1.5 goals in their most recent matches. So the match will most likely end with over 2.5 goals. Also, most of the goals of Excelsior were scored in the first half of the match.