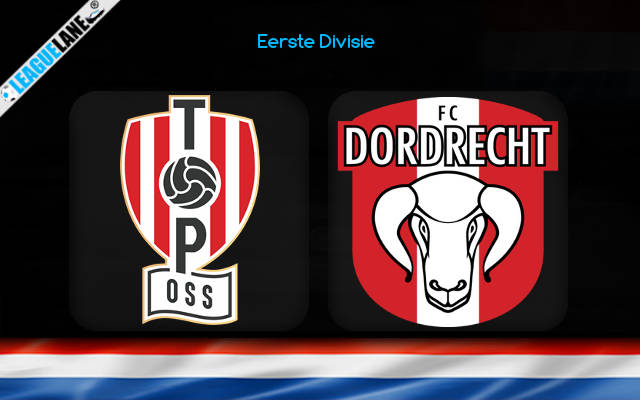 TOP Oss vs Dordrecht Predictions and Free Tips from our expert tipsters when the teams go head-to-head in Eerste Divisie on Sunday, 11 December 2022.

TOP Oss are one of the most underwhelming teams in the league this season. They will most likely be relegated. They have the worst form in the league, as they’re on a three-game losing streak.

On the other hand, Dordrecht also have a similar story to share. They are currently at the sixteenth position on the table. They had to settle for a draw last time when they played against Willem II.

The host have won at home against Dordrecht in three of the last four occasions. Both teams last met in March this year and the visitors won that game by 1-0.

Who will win the match between TOP Oss and Dordrecht

The host have lost more than 60% of the matches this season. Despite having a good history against the visitors. It is unlikely that they will win this game. The visitors have improved their away form as they are unbeaten in three of their last four away matches.

We can expect the visitors to score at least one goal. It is important to mention that the host have not scored any goals since October. We can expect the same trend to continue this time as well.

It is unlikely that both teams will score. The main reason is that the host have not scored any goals in their last three consecutive league fixtures.

At the same time, the visitors have scored consistently in their away matches this season.

The visitors won the most recent head-to-head meeting between these two teams. This time we can expect the same result. Their current opponents have not been consistent. They have lost three of their last four home games.

Therefore, the first tip is that Dordrecht will win – at 3.10 odd. They have a decent away record this season.

Our second tip is that Under 2.5 goals will be scored – at 2.15. The host are facing a goalless drought, at the same time the visitors have not scored more than two goals in their last two outings.