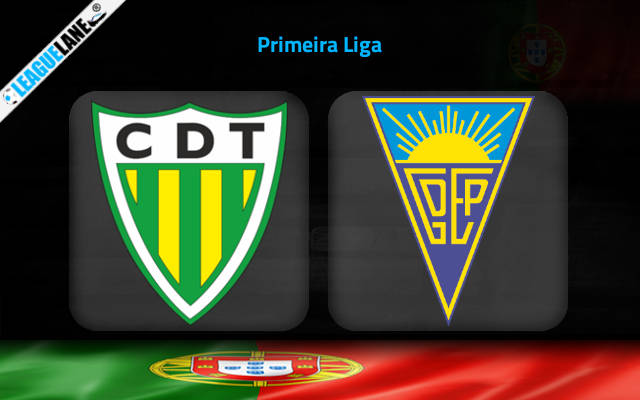 Estoril will be looking to maintain the stellar spell of form at the start of their top-flight campaign on Monday evening when they travel to Estadio Joao Cardoso to battle Tondela in the last match of the Primeira Liga Gameweek.

Estoril are flying high at the beginning of the new Primeira Liga season. They returned to the elite class of Portuguese football after a three-year absence, following the title in the previous term of Segunda Liga.

However, Bruno Pinheiro’s men are by no means intimidated by the top-flight football. They got off to a splendid start with three wins and a draw in the opening four rounds.

Monday’s clash with Tondela gives them a chance to keep the spectacular form going after the international break.

Tondela are on a run of three successive defeats that came as a consequence of the lack of defensive meticulousness.

The hosts conceded seven goals in the last three outings. This will by the music to the ears of Bruno Pinheiro and his troops who are well capable of producing up front.

Estoril have an exciting and dynamic attacking line with Bruno Lourenco and Francisco Geraldes as the main providers for Andre Franco and Clovis up front.

The deliveries can also come from attacking-minded full backs Joaozinho (already has two to his name this season) and David Bruno.

On top of form, Estoril can also rely on tradition. The visitors won six and drew one of seven head to head encounters with Tondela.

The previous H2H meeting between the two outfits occurred in October 2018 when Tondela advanced from their third round tie in the Portuguese Cup (on penalties after a 1-1 draw).

Estoril scored two or more goals in five of the last six outings against Tondela.

Everything points towards the continuation of a fine spell of form for the visitors who bagged five goals in back-to-back victories over Pacos Ferreira and Maritimo before the international break.

The away win is paid at the 2.30 odds, while the bookmakers are even more generous with the 2.50 odds offered for Estoril to score at least two goals on Monday evening.