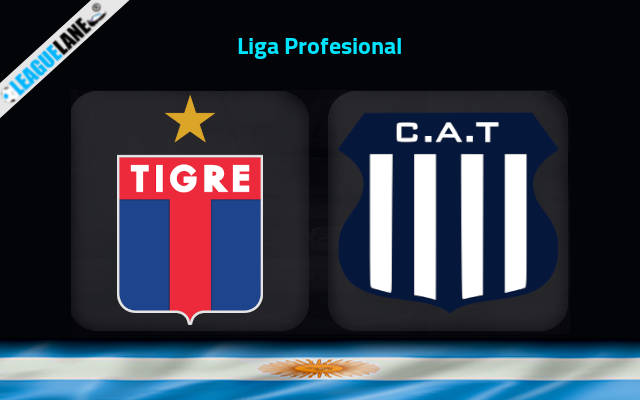 Round 6 of Liga Profesional is set for this Saturday as Tigre play host to Talleres where both these sides lie at the second half of the table with just a point in the difference. These two teams will be seen clashing at Estadio AJosé Dellagiovanna.

Tigre will play in this game after a 1-1 Superliga stalemate over San Lorenzo in their previous schedule. From the 5 matches played so far, they won only one time while having drawn and lost on 2 fixtures each. The hosts now sit at the 22nd spot with 5 points added to their name.

The hosts had high hopes heading into Liga Profesional following their final appearance in the Copa de la Superliga, but 4 games without a win isn’t an ideal form. Tigre has failed to prevent opponents from scoring in all of their previous 6 clashes, letting in 12 goals during that time.

On the other side, Talleres Cordoba resides at the 25th position on the table with 4 points. Of the 5 matches played, they won and drew a game each while having lost on 3 other fixtures. Just one goal in their last 4 games is a key reason why they are struggling to find consistency here.

In their last fixture, the visitors drew 1-1 in the Copa Libertadores match against Colon. Talleres have been scored against in 5 of their last 6 matches, letting opponents get 6 goals in total. At the back, they certainly need room for improvement.

Tigre are without a win at home for the past 2 matches in Liga Profesional. Their offense have scored regularly, netting in 7 of the last 10 matches for this competition. They even remain unbeaten in their last 5 h2hs.

Meanwhile, Talleres haven’t won away from home in this competition so far. They even lost 6 of their last 10 away games played across various tournaments. The visitors also couldn’t secure a win from their last 5 h2hs.

We therefore feel that a home win is likely to occur this Saturday with scoring from both sides.