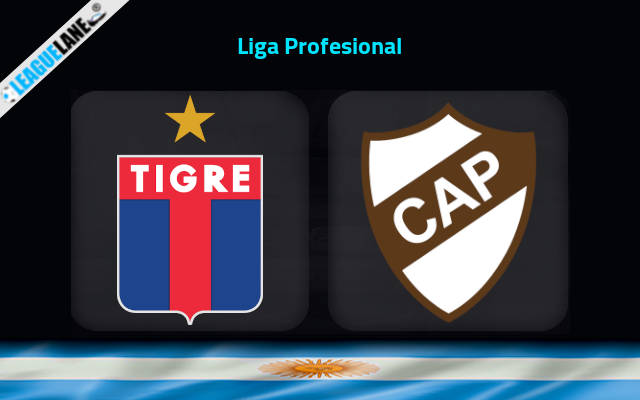 Round 10 of Liga Profesional is set for this weekend as Tigre play host to Platense where both these sides differ by 8 points but are separated by 17 places. These two teams will be seen clashing at Estadio José Dellagiovanna, this Sunday.

Platense is at the 3rd spot on the standing with 17 points from 9 games. They won 4 times in the league while having drawn on 5 but they have not yet lost a game here. The visitors have a solid defensive side conceding only 5 goals so far but their remarkable attacking front have netted 11 overall.

The visitors go into this clash after a 2-0 Superliga win as they beat Central Cordoba in their last game. A sequence of accomplished performances by the Platense defensive unit has resulted in their conceding tally amounting to 3 from their last 6 fixtures overall. In that period, their own attack force has managed to score seven.

On the other hand, Tigre resides at the 20th position on the table with 9 points. Of the 9 matches played, they won 2 times in the league while drew on 3 and lost on 4 other occasions. Their struggles at the defensive end of the pitch has also been another key factor as they have conceded 14 goals so far.

The hosts will be hoping for a better result following a 1-0 loss in their previous game against Patronato. They have been scored against in 6 of their previous 6 clashes, shipping 7 goals on the way.

Tigre has enjoyed playing at home recently, with the side currently unbeaten in 2 games. They have also won the last 2 h2hs played at home while maintaining 6-0 combined scorecard.

Meanwhile, Momentum is really building for Platense as they have now gone 9 games without losing. They have never lost an away game in this tournament and have scored 7 goals in the last five games alone.

Knowing that, we expect Platense to seal a win or draw to happen this Sunday.