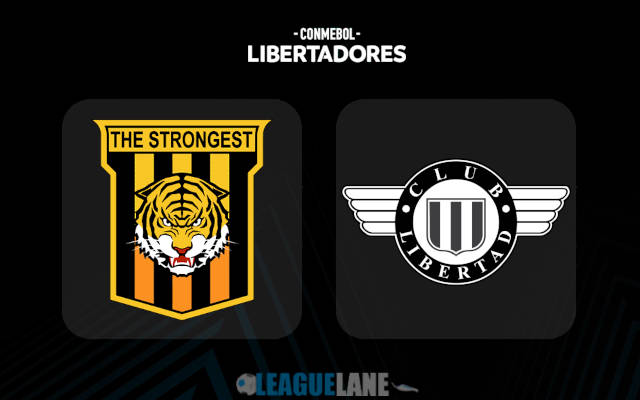 The Strongest and Club Libertad will face each other for Matchday 1 of 2022 Copa Libertadores group stage. Both teams want to start their journey in the tournament with the right foot and will be meeting at Estadio Hernando Siles, this Friday.

Bolivian club The Strongest became the last team to qualify for the Copa Libertadores group stage two weeks ago, with a 2-1 home victory over Chile’s Universidad Catolica. Their best result in this competition is reaching the quarterfinals, and they did it for the last time in 2017.

The Strongest are 2nd in the Division Profesional with currently 14 points from 7 games. Their netting numbers equals just 4 against opposing sides during the course of their last 6 outings. In those games, The Strongest have also seen the number of goals scored against them come to 14.

On the other hand, Libertad qualified to the continental tournament after being the champions of the 2021 Apertura. They are currently at the top spot of the table in the Paraguayan league and they want to continue with the good results in the Copa Libertadores.

Club Libertad are currently leading the Primera Division with 22 points from 8 games. They have never lost in the league, so far and are on a 5-game winning streak in the league. Daniel Garnero’s men have slotted home 8 times throughout their latest 6 matches. The total of goals that have been scored against them during those same matches adds up to 9.

The Strongest vs Club Libertad Prediction

The Strongest is in mixed form in South America Copa Libertadores and they are unbeatable at Estadio Hernando Siles. Even though they couldn’t secure a win against this foe in the past h2hs, they now in a good form at home.

Libertad remain undefeated by The Strongest in the past 5 h2hs.

We believe that The Strongest have it within them to dominate possession and create several successful chances and finally take the win.