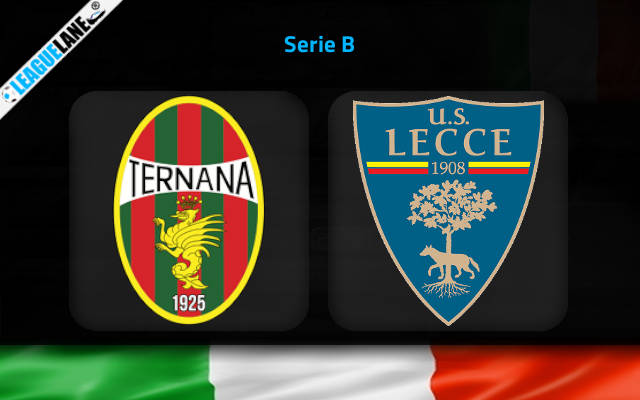 Lecce need only 2 points to reach the top of Serie B table and with that aim, they travel to Stadio Libero Liberati, this Tuesday to visit Ternana who are on back to back league wins.

Lecce is at the second spot on the standing, in the zone for Serie A promotion with 59 points from 32 games. They won 15 times in the league while drawing on 14 and losing only on thrice other occasions. Momentum is really building for them as they have now gone 7 games without losing.

Lecce will go into the clash following a 1-0 league win with the downing of Frosinone in their last match. Marco Baroni’s men have managed to stick the ball in the net a total of 8 times throughout their most recent 6 matches. The aggregate of goals that they have conceded during those matches comes to 5.

On the other hand, Ternana resides at the 11th position on the table with 44 points. Of the 32 matches played, they won and lost 12 games each while drawing on 8 other occasions. They have won thrice of their last 4 matches but need to improve their defense as they have been conceding quite often.

Ternana won back to back league schedules against Alesssandria and Cittadella. It’s possible we will see a couple of goals here, with the last 4 games for them saw 2 goals or more being scored.

Heading into this fixture, Ternana won their previous 3 home league matches in succession. They have also drawn the last 2 h2hs at played home.

Lecce remain undefeated in the last 7 league games played on road. But they have drawn the last 3 away fixtures, unable to find a victory on the run.

We feel that a draw or a win for Lecce is the best option, as they have been recently drawing on road as well as in their past h2hs.