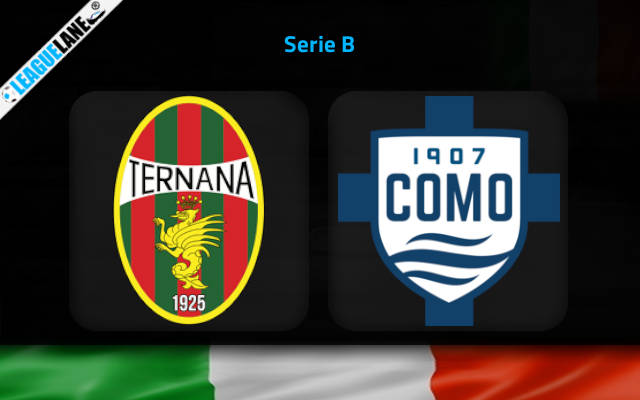 Ternana vs Como Predictions and Free Tips from our expert tipsters when the teams go head-to-head in Serie B on Sunday, 18 December 2022.

Como are one of the most underwhelming teams in the league this season. They lost their seventh game recently against Reggina. They have now shifted their priority towards avoiding relegation.

Both teams played in a 1-1 draw back in March this year. In the last ten overall head-to-head meetings, the host are unbeaten on nine occasions.

Ternana have won three of the last five encounters starting from 2015. Do note that this is going to be the sixth time both teams will play against each other at Stadio Libero Liberat.

Who will win the match between Ternana and Como?

Como are yet to win an away fixture in the league. Also, they are on a five-game winless run. We can back the host to win this fixture. They have a decent winning record at home this season. It is worth knowing that in six of the last seven matches at Stadio Libero Liberat they remain unbeaten.

In four of the last five encounters over 2.5 goals have been scored. We can expect the same trend to occur this time as well.

The first tip is that Cesar Falletti will score anytime – at 3.60 odd. He has scored two goals in his last three appearances.

He recently scored against Cagliari in their 1-0 win. We can expect him to find the back of the net as the opponents are in the relegation zone.

Our second tip is that over 2.5 goals will be scored – at 1.85. We can back this tip as at least three goals have been scored in four of the last five encounters.