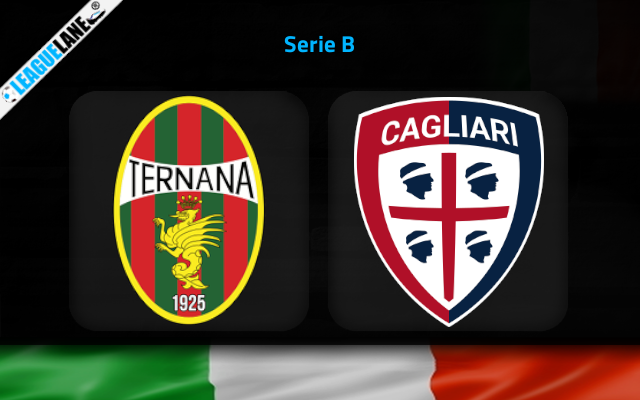 Ternana vs Cagliari Predictions and Free Tips from our expert tipsters when the teams go head-to-head in the Italy Serie B on Wednesday, 7 December 2022.

The Red and Greens are currently 7th in the league table. Being in the safe zone, they will be looking to secure their spot inside it. The only objective for that is to bag points consistently further.

On the other side is a Cagliari who have drawn in their last five games. It is worth noting that their opponents in all those four matches were the teams inside the current top 8 in the table.

The last time they met was six years ago. Cagliari won 1-0 that day.

The past two overall wins at this stadium were evenly split, with one each for both sides.

Who will win the match between Ternana vs Cagliari?

Based on the current stats of both the teams, chances are more for Ternana to seal a victory. With a better winning record than Cagliari and the home advantage, we expect Ternana to win.

Cagliari’s chances of victory are slim with a winless streak the last nine games. In addition, they have conceded goals from the opposite side in the last 8 games.

Ternana have managed to keep a clean sheet in three of their last five games. In fact, Ternana have not conceded a single goal in 7 games this season.

Going on, Ternana have not conceded even half a goal per game at home this season. Likewise, goals have been under 2.5 in more than half of Cagliari’s games this season.

We don’t expect a both teams scoring affair as Ternana have clean sheet records in the last few games and Cagliari are not in a great form at the moment.

Ternana have conceded a total of just three goals this season at their home stadium. So the probability of both teams to score is very low.

Analyzing all the above observations, we like to back Ternana to win as the main bet at 2.37 odds. While you can also go with the Under 2.5 goals bet at 1.85 odds.