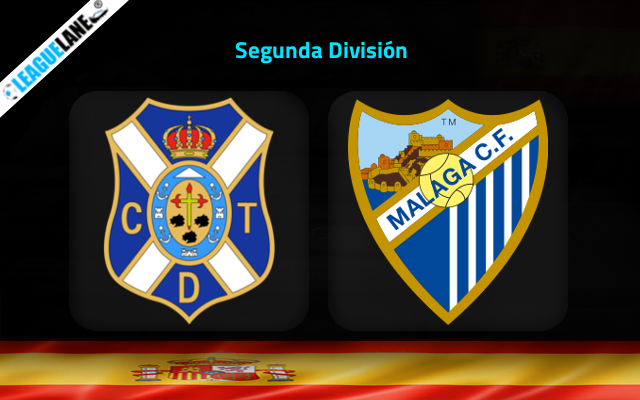 Malaga visit Estadio Heliodoro Rodriguez Lopez on Monday for the Laliga 2 meeting with home side Tenerife.

Tenerife will be looking to improve on their last outing following a 1-0 defeat against UD Ibiza. It was their 3rd defeat in the new campaign. Out of the 5 games played, they won one, drew one and lost three.

Going on, Tenerife has hit the target a sum total of just 3 times in their past 5 outings. Conversely, the number of goals that they have conceded in that same time amounts to 7.

Meanwhile, Malaga also had a disappointing start and are struggling for consistency at the moment. They won one and lost 4 of their 5 Spanish second division fixture so far in this season.

Since being defeated in their last two games at the hands of Huesca and Albacete respectively, Malaga and their travelling fans will hope for a better result here.

It also deserves to be mentioned that Tenerife had finished 5th in standings the last season while Malaga were counted among the worst of that season and had escaped relegation with the difference of just 2 points.

Malaga have been scored against in their previous 5 matches, seeing opposing sides hit 9 goals in all. They haven’t been solid at all in defense.

Going on, Malaga lost 2 of the previous 3 road trips and had leaked goals in all the fixtures. Do also note that they had scored a total of 3 goals in those 3 fixtures.

On the other hand, Tenerife is on a 4-fixture unbeaten streak in front of their home crowd. It deserves to be mentioned that they had allowed a total of 3 goals in the process.

Considering all these observations, we expect a winning performance from the home side Tenerife on Monday.