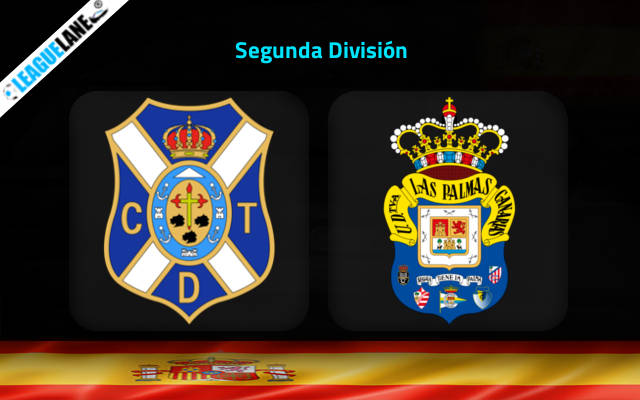 Both these teams have finished next to each other in the league table this season, separated by a single point. However, Las Palmas are on a superb streak of performances at the moment, while their counterparts are not in form.

In fact, Tenerife are on a losing streak and are letting in goals in huge numbers. They are also going through a struggling stretch of results at home as of now.

As such, guests Las Palmas are thought to have the edge this Wednesday in this first leg of the playoff semi-finals.

On the other hand, Las Palmas are on a 5-match winning streak and they had also won 9 of their past 11 games. Do note that they have scored in plenty all along as well.

For the reasons expect Las Palmas to have the upper hand this Wednesday.

Be that as it may, this is a play-off semi-final and Tenerife are at home. Count on them to find the back of the net at least once.

Tips for Tenerife vs Las Palmas